Home » Regroove Blog » The Uses of Discord in the Workplace

Have you heard of Discord? Discord is an app that lets you call friends while playing a game together. Just like Skype or Microsoft Teams, but for gamers. What interests us here at Regroove is the app’s application in the workplace and if Discord in the workplace could become a reality!

Since the pandemic, several tools have been used within the workplace to organize remote and hybrid working cultures – think Slack, Microsoft Teams, and Zoom. Beyond these video conferencing and collaboration solutions, Discord has emerged that brings together many of the functionalities of existing solutions on the market.

Discord is a free VoIP (Voice over IP) and instant messaging software designed to facilitate communication for players within the workplace and gaming. In 2015, Jason Citron, had the idea of merging all communication software that already existed at the time: Microsoft Teams, Skype, TeamSpeak, and Mumble. The main problem with this software concerned the resources they draw upon to function correctly, whether at the network or graphic level.

In January 2016, Jason Citron’s start-up raised $20 million with three million accounts. Fast forward to July 2021, and Discord had over 390 million users with $130 million of annual revenue.

Discord is an app that lets you call friends while playing a game together. Just like Skype or Teams, but for gamers.

Discord can be used to make calls while you play games, like Minecraft, for example. Discord moved beyond calling as well, because can call with a group and explore a range of fun, game-related features and chat at the same time. One hugely popular feature is the ability to play music for each other within the app.

Discord is hugely popular with young people. From 2019 to 2020, Discord saw a 188.88% increase in revenue. Its primary source of income comes from its Premium formula: Discord Nitro. In 2021, according to official figures, Discord had 150 million monthly active users worldwide.

Due to successive lockdowns, Discord reached users beyond gamers and streamers. Among these new users, many teachers used Discord to give lectures online and communicate in an interactive way. Audio and video content, real-time messaging, and screen sharing are all features that meet the needs of distance education and the workplace.

Discord was created in 2015 by American Jason Citron for gaming communities. The primary purpose of Discord was to be a free software that allows gamers to chat, in writing and verbally while playing video games.

Today, Discord presents itself as a free downloadable application on PC and mobile. Its primary use since its launch is the exchange of messages in real-time: in the form of text, audio, and video.

In short, today, Discord brings people together on servers who have common topics and interests.

Does Microsoft own Discord?

‘It could be one of the most important acquisitions in the tech sector in 2021’ according to Bloomberg. Microsoft was on the verge of buying Discord for $10 billion; however, after long talks and many negotiations, Discord decided to focus on its own progress.

It’s no surprise that the tech giant Microsoft was keen to acquire this phenomenally successful young unicorn. Remember that Amazon is already present in the gaming market since the acquisition of the Twitch streaming platform. Microsoft have since bought Activision Blizzard to ‘bring the joy and community of gaming to everyone, across every device’. This took place in January 2022.

How could Discord help in the workplace?

On Discord, anyone can join a discussion group called a “server.” The logic for organizing the servers and their content is roughly the same as Microsoft Teams or Slack. The servers correspond to the teams, and both include discussion channels. Here we will chat through some praised uses of Discord in the workplace or in educational settings.

Throughout the pandemic, educators had to innovate to offer online courses: Zoom, Google Hangouts, Blackboard Collaborate. Video conferencing platforms have been in high demand by schools and universities to keep courses running. However, some teachers preferred to use tools mastered by the students to allow them to best adapt: Discord is the perfect example.

IT professionals and learners also use Discord to create communities, to exchange advice, and to ask the community for help on a specific problem. Some examples of these include servers like Python or The Coding Den.

The aspect people like about Discord is its ability to create discussion channels on various topics on a dedicated server. You can create your server, install as many channels as existing courses, and invite your learners to connect to these channels.

On these channels, you can discuss various topics covered in class, like on a forum, but can also organize your work with your learners, like sending different course materials (scan, PDF, images, videos, etc.), sending exercises, or sending resources complementary to the courses.

Discord is ideal for a bring-your-own-device (BYOD) environment because it is both cross-platform and online. Discord allows you to work on the go since it works as much on a tablet as on a phone. This is not dissimilar to Microsoft Teams. You can learn more about BYOD here on the Regroove YouTube channel, where Sean chats about BYOD tips and tricks.

It is also useful for creating a real community of users. Collaborative work is enhanced because the learners have their own discussion space available at all times, much like Microsoft Teams.

Pros and cons of Discord in the workplace?

Discord is a tool that has received mass attention from the gaming community, and of interest to the business community, its features are also transferable to the workplace. The features are similar to that of Microsoft Teams and Facebook workplace yet it offers a unique way of delivering these tools.

If you are looking for a tool that has both chat and the ability to communicate with real-time voice, Discord might be the right app for you. With the added benefit of being free, it is a great tool for a young team that will most likely have extensive use of the platform due to the popularity amongst gamers.

One piece of advice is to write rules for communication in Discord if you intend on using this platform within your workplace.

Here at Regroove, we would still recommend use of Microsoft Teams within the office and believe that it offers a range of extra benefits in terms of its collaborative working. However, there may be benefits of adding Discord as a tool to more communicative teams such as marketing and sales, or perhaps as a standalone tool for interns.

It's more than a video call and messaging tool! Learn how to use Microsoft Teams for collaboration and file storage.

Using Managed and Pre-Configured Devices to Onboard New Employees

Using managed device to onboard new employees saves them time, reduces their stress, and offers an extra layer of security and support.

Want to learn more about Teams Phone (Voice)? From features to API uses, this cloud-based phone system could be your communication solution. 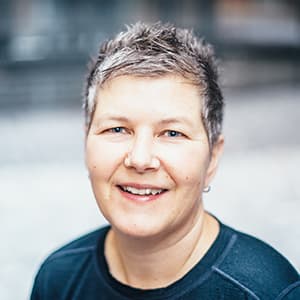 Want to find out the best Teams Voice hardware out there? Find the tried and tested Regroove hardware choices in this blog!